Here was something truly special: a conductor who revelled in freshly imagining each sound.

Klaus Mäkelä is Chief Conductor of the Oslo Philharmonic Orchestra, Music Director of Orchestre de Paris and, since Autumn 2022, Artistic Partner of the Concertgebouw Orchestra. An exclusive Decca Classics Artist, he has recorded the complete Sibelius Symphony cycle with the Oslo Philharmonic as his first project for the label.

Mäkelä’s third season as Chief Conductor of the Oslo Philharmonic features eleven contrasting programmes, with repertoire ranging from Jean Baptiste Lully and Pietro Locatelli to Alban Berg and Mahler to Anna Thorvaldsdottir and Julia Perry. In Autumn 2022, Mäkelä and the Oslo Philharmonic embark on their second European tour with performances in Germany, Belgium and Austria with soloist Sol Gabetta.

For his second season as Music Director of the Orchestre de Paris, Klaus Mäkelä has chosen to spotlightcomposers Pascal Dusapin, Betsy Jolas, Jimmy López Bellido, Magnus Lindberg and Kaija Saariaho, the latter featured with three different works. There is also a focus on the Ballets Russes, with two key Diaghilev scores: Stravinsky’s The Firebird and Rite of Spring. In Spring 2023, Mäkelä and Orchestre de Paris tour throughout Europe with Janine Jansen as soloist.

With the Concertgebouworkest Klaus Mäkelä embarks on a long-term collaboration, joining the orchestra as Artistic Partner with effect from the 2022-23 season and as its next Chief Conductor in 2027. For their first season together, they perform six programmes including Mahler Symphony No. 6, the Mozart Requiem and Strauss Alpine Symphony as well premieres by López Bellido, Sauli Zinovjev, Alexander Raskatov and Sally Beamish. On tour they performed the opening concert of the Musikfest Berlin and at the Koln Philharmonie.

As a guest conductor in the 2022/23 season Klaus Mäkelä makes his first appearances with the New York Philharmonic, Berliner Philharmoniker, Gewandhausorchester and Wiener Symphoniker and returns to the USA to conduct the Cleveland Orchestra and Chicago Symphony Orchestra.

Mäkelä studied conducting at the Sibelius Academy with Jorma Panula and cello with Marko Ylönen, Timo Hanhinen and Hannu Kiiski. As a soloist, he has performed with several Finnish orchestras and as a chamber musician at the Verbier Festival, as well as with members of the Oslo Philharmonic, Orchestre de Paris, Symphonieorchester des Bayerischen Rundfunks and Orchestre Philharmonique de Radio France. Klaus Mäkelä and the Oslo Philharmonic' Sibelius album has been chosen for the 2022 Edison Klassiek Debut Award. Announcing the award the jury commented: "Ambitious" is an understatement for this debut by the young Finnish conductor Klaus Mäkelä. He chose to record all the symphonies of his hard-to-fathom compatriot Sibelius with the Oslo {…}

“Although Stravinsky's music has no weaknesses, it was mainly the perspective on the dramaturgy of the whole that was enriching. Mäkelä masterfully controlled the arc of suspense, provided clarity and excitement, and when the highlights came in the finale - the 'Hell Dance', the 'Weeping Song' - the effect was cathartic. I have rarely heard these songs as sensationally well as the {…}
Read More
Reviews  |   Dec 12, 2022

“It’s taken a few months, but the New York Philharmonic finally sounds at home in its new home. That became clear earlier this month, as soon as the ridiculously young Finnish conductor Klaus Mäkelä gave an almost invisible nod and started a tensely ravishing performance of Tchaikovsky’s Sixth Symphony, the Pathetique. The bassoon climbed slowly out of a bog of trembling {…}
Read More
Nov 24, 2022

"Sibelius is at his most unruly in his Fourth Symphony … The Concertgebouworkest has only scheduled the work six times in its 134-year history – first in 1913 and most recently in 2017. With the Finn at the helm, the undervalued Sibelius in Amsterdam may finally get the status he deserves. Mastefully, Mäkelä led the orchestra through the unruly landscape, in which low strings {…}
Read More 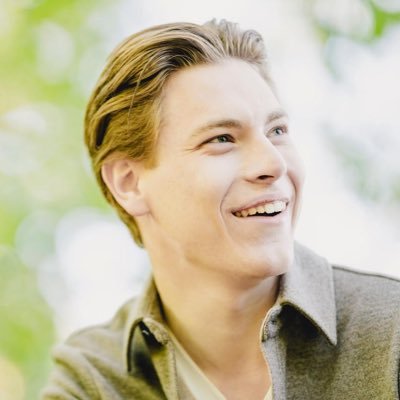 @klausmakela
RT @Filharmonien: @klausmakela's and the Oslo Philharmonic’s Sibelius-recording is nominated to this year’s BBC Music Magazine Orchestral A…
Jan 23

@klausmakela
In Oslo for a week of Beethoven, Lully, Farrenc and Mozart! And Isabelle Faust is back with us! https://t.co/9GssptiFnX
Affiliates